With a little help from my friends!

In last week’s blog I focused on the rules, having recently attending a “Rules Night”, so l pontificated on moving loose impediments and movable obstructions.

Just after that I stumbled upon a video of South African golfer Dean Burmester getting help from the fans at the Commercial Bank Qatar Masters, when his tee shot at the ninth landed in the rocks.

This was reminiscent of Tiger’s fans stepping up the plate at the Phoenix Open in 1999.  Watch a dozen or so men move a massive boulder…

Tiger went on to birdie the hole!

Some people thought that Tiger had broken the rules, however the Rules Official had deemed that the boulder was a loose impediment and, as you know from last week’s blog, the object can be moved without penalty (as long as the ball isn’t moved whilst doing so).

Closer to home, one of the first £1 donations to the Captain’s Charity Pond fund for Air Ambulance NI involved an obstruction.  This year members are invited to make a voluntary donation to this worthy charity (in the golf shop or bar) if their ball lands in the pond at the 9th hole.  Surprisingly the golfer in question wasn’t actually playing the 9th hole at the time… he was teeing off at the 10th!

Standing on the 10th tee he remarked “Who would put a bench there?” and proceeded to smash a low drive into the back of the seat, only to see the ball rebound backwards and into the pond!  That’s some achievement!!!  I’ll not embarrass the golfer by naming him, but I’ll be giving him stick in work later on!

I’ll leave you with a nice photo of the usual route into the pond (but this golfer’s ball landed in the middle of the green). 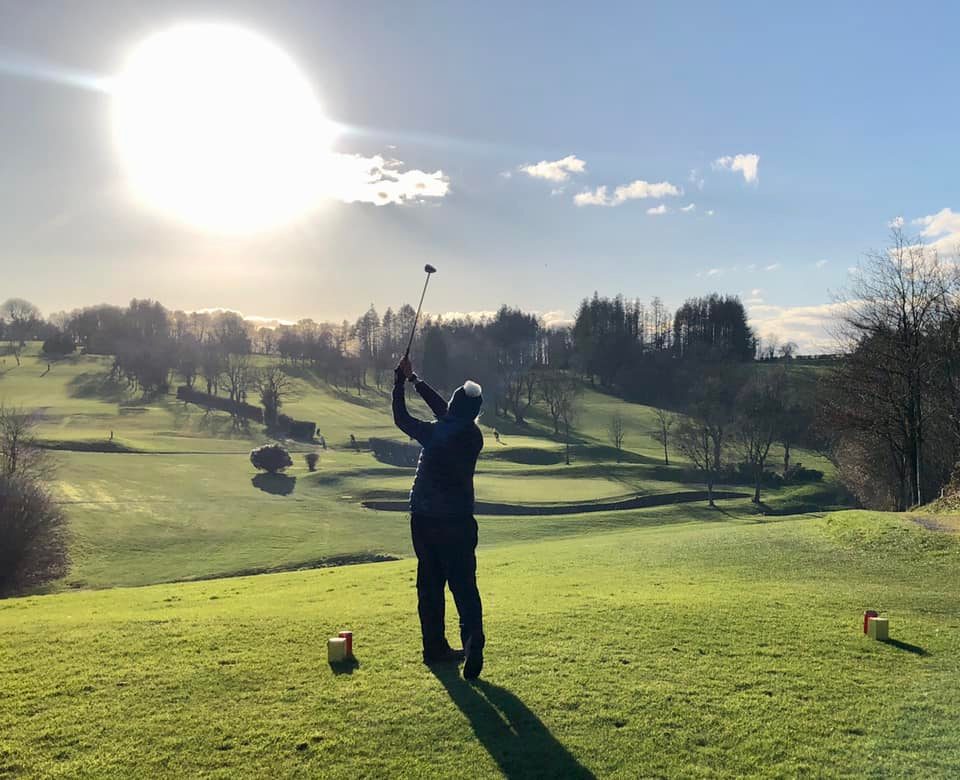