When Irish Eyes are Smiling…

Shane Lowry smiled his way around the Dunluce LInks of Royal Portrush on Saturday and Sunday and grinned the whole way up the 18th fairway yesterday, knowing that he had the Claret Jug in the bag.  What a day for Irish golf!  Lowry’s win has been hailed as the greatest ever Irish victory in the history of The Open, after he finished six shots ahead of Tommy Fleetwood.

An Irish victory was the icing on the cake for Royal Portrush, The R&A and Tourism NI, as a record* 237,750 spectators travelled to the Co Antrim town to witness the big names of the golfing world do battle on the stunning Dunluce Links. (* the highest number of spectators at The Open held outside St Andrews.)

The atmosphere was electric, from Darren Clarke’s opening shot at the crack of dawn on Thursday until the final putt dropped on Sunday, the grandstands were packed and the fairways were lined with enthusiastic fans cheering on their heroes.  Even Tiger paid tribute to the knowledgeable and well-mannered spectators.  I was in the grandstand at the 18th green for several hours on Friday and the reception that Tiger, Graeme, Darren and Padraig received was incredible.  Shane Lowry got an exceedingly warm welcome too, however the excitement built as an almighty cheer rose from the 16th as Rory knocked in another birdie to keep his chance of making the cut alive.  It was so loud that those lining up their putts on the 18th had to step away and start focusing all over again.  The tension rose as news travelled to the stand that Rory had parred the 17th and needed to birdie the last if he was to make the cut.  Minutes later we saw his approach shot land just a couple of feet too far left of the pin and watched, devastated, as it rolled down the bank, however the crowd rose to its feet and the volume of cheers and whistles rose as Rory strode toward the green. We were proud of how our countryman had fought back – but we were also proud of what he’s done for golf in Northern Ireland and for the part that he played, along with Harrington, McDowell and Clarke, in bringing golf’s biggest event to our country.

Over the weekend one journalist described Shane Lowry as “The Pied Piper of Portrush” as McIlroy’s fans transferred their passion and love and followed the Co Offaly golfer around the course. Commentators and golfers alike couldn’t get over the incredible atmosphere, and Lowry could hardly believe the reception he got.  Some of the crowd even sang their way through the BBC interview with Lowry!  Although the weather took a turn for the worse on the final day, nothing could dampen the spirits of the fans and supporters were seen racing down the fairway, trying to get a glimpse of the winning putt.  Many commentators have claimed that the atmosphere will go down as the very best in The Open’s history.

The course was spectacular – links at its best.  Paul Casey said that Royal Portrush is already his favourite Open venue, alongside St Andrews  He claimed that the final three holes were “brilliant” as “the bunkering is just right”.  He went on to say that “the green complexes are the best I’ve ever seen on a links course.”  But it wasn’t just the golfers who enjoyed the course, for spectators Royal Portrush offered a better viewing experience than the likes of St Andrews as the undulating course gave better sight lines than the flatter courses on the circuit.  And what about the spectacular views of the coast!  The cameramen/women must have had a field day!

So, all in all it was a record-breaking, spectacular Open.  Rumour has it that the R&A may return with the Claret Jug as soon as 2024, according to James Corrigan of The Telegraph.  I’ll be marking that date in my diary for sure!

On a lighter there were a few negatives:

Tommy Fleetwood’s shirts – which looked as if they’d been bombed by the Portrush seagulls! 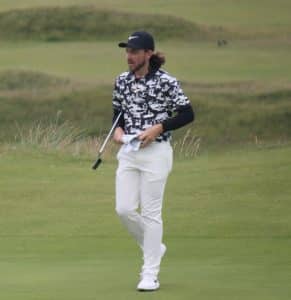 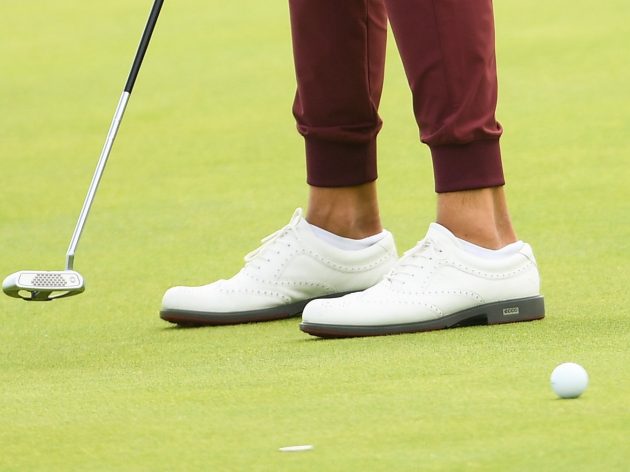 And finally, the Links Pavilion at Royal Portrush ran out of beer at 6.44 pm (according to Maureen Maddill)!