To move, or not to move, that is the question.

I attended a “Rules Night” on Tuesday and whilst I knew most of the rules that were covered, it was good to be reminded of some of the lesser known details and to see examples of these rules in play.

One of the Officials remarked, “Make sure you know your definitions” – a phrase I often repeat to my Biology classes, because they’re likely to be asked them in an exam.  You’re not going to be asked to define a movable obstruction as you play your way around the course, however you need to know what one is if you’re going to play by the rules AND if you’re going to benefit from knowing when to get a free drop (rather than a penalty drop).

What’s the difference between a movable obstruction and a loose impediment?  You need to know because if you move it and it causes your ball to move, one of these will cost your a penalty shot but the other won’t!

A loose impediment is “any unattached natural object such as:

You can move a loose impediment but if this causes your ball to move you must replace your ball and add one penalty shot.

A movable obstruction is “an obstruction that can be moved with reasonable effort and without damaging the obstruction or the course.”  It could be a drinks bottle, umbrella – basically anything that isn’t natural.  If moving a loose impediment causes your ball to move you should place your ball on the ground as close to its original position as possible, however there is no penalty in this case.  It’s advisable to mark the position of the ball before you start moving obstructions. 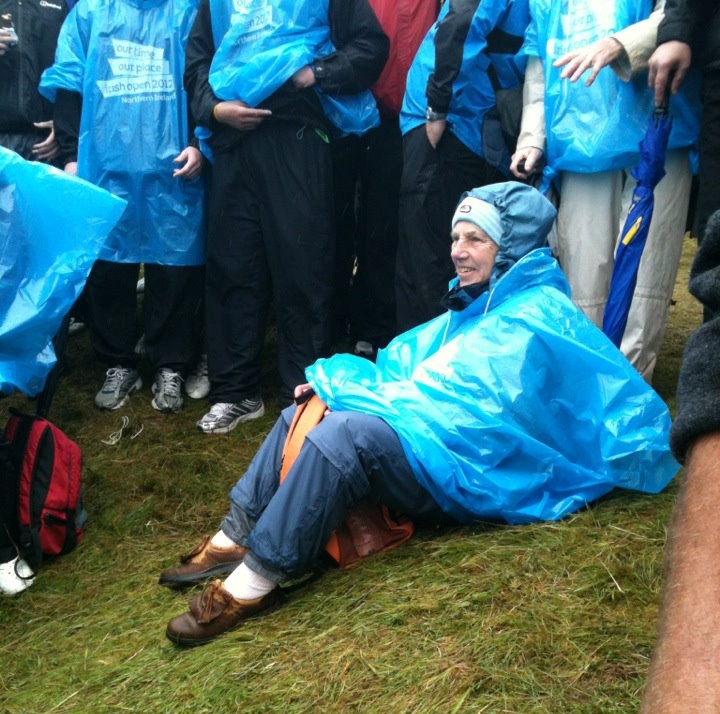 I was standing at Calamity Corner, Royal Portrush’s 236 yard par 3 16th Hole, on Day 3 of the Irish Open in 2012 when Marcel Siem’s ball landed in this poor woman’s lap!  The rain had been torrential so lots of people were clad in blue rain ponchos and the ball was trapped in this woman’s!  I watched as the officials moved us a few feet away and ensured that the woman didn’t move an inch.  Then a rules official observed as Marcel Siem removed the lady’s bag and placed a tee in the grass directly underneath the ball (which was trapped in her poncho).  The lady was helped to her feet, the ball was placed on the grass (where the tee had been) and Marcel deftly pitched to within a few feet of the pin!

Here’s a short video which will help you to understand what you can move and what you shouldn’t!

For clarification – the whole definition of a loose impediment is:

Any unattached natural object such as:

Such natural objects are not loose if they are: