The Voice of Golf is Silent

Peter Alliss, the “Voice of Golf”, has died at the age of 89.  For me, no golf coverage was complete without the soothing tones of Peter Alliss.  I loved his casual observations and witty remarks, uttered quietly and calmly.  He had a wicked sense of humour.  Mind you, he did get himself into hot water on a few occasions, commenting on Sergio Garcia’s then-fiancée’s skirt amongst other things!  The tributes pouring in are littered with adjectives such as “legendary”, “colourful and controversial” and “iconic”.  In today’s culture, where there are so many rules about political correctness, Peter’s commentary stood out from the others’ because his personality shone through.

One of his most memorable holes as a commentator was Jean Van de Velde’s 18th on the last day at the 1999 Open at Carnoustie.

Of course, Peter Alliss was a successful golfer before he moved over to the other side of the microphone.  He played in eight Ryder Cup teams and made 24 appearances at The Open.  He also competed in The Masters twice.  In 2012 he was inducted into the World Golf Hall of Fame; his acceptable speech is worth listening to – he even includes some advice for Tiger!

Peter Alliss visited Dungannon Golf Club about 8 or 9 years ago and some of our office-bearers had the once-in-a-lifetime opportunity to chat to him.  I’m sure they will cherish that memory for many years to come. 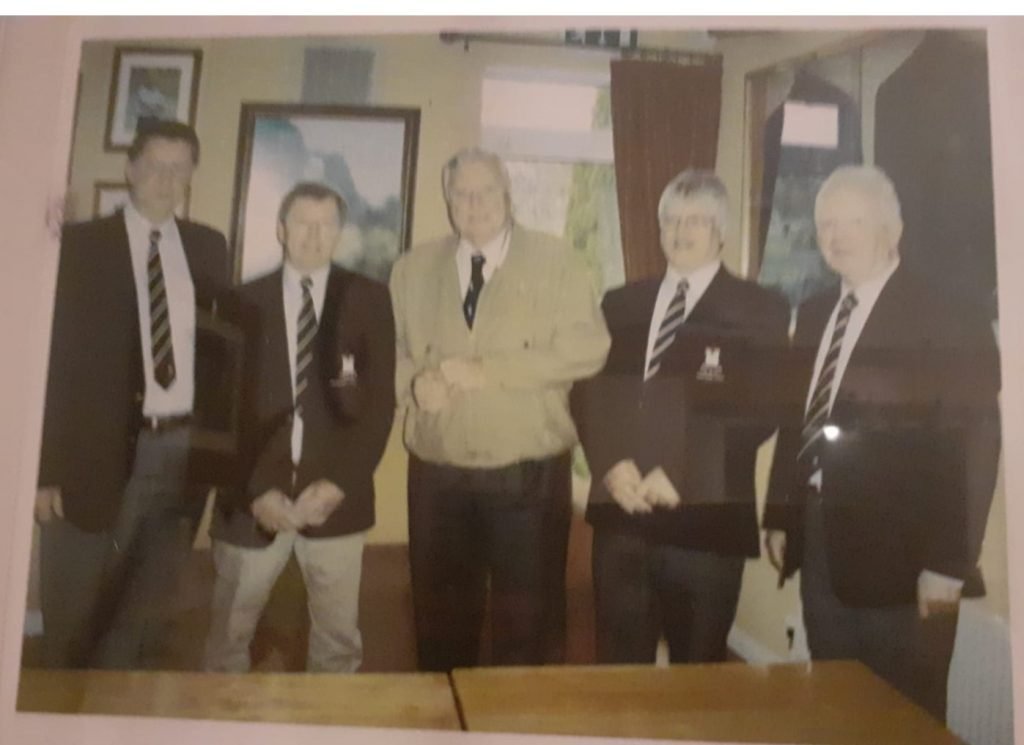 In the “welcome” on the Peter Alliss website he writes, “I’ve been very lucky to have enjoyed a long and reasonably successful career in golf, first as a player and then as a commentator and course designer.  And I’m continuing to enjoy life – as commentator, husband, father and grandfather.”  Therefore it is at this time that our thoughts and prayers are with his family and friends.  We will miss Peter’s dulcet tones however for them the loss must be unbearable.