Darren Clarke won his first Seniors Major yesterday at the weather-hampered British Seniors Open on the Kings Course at Gleneagles in Scotland.  He beat Pádraig Harrington by one shot; just a month after Harrington’s US Seniors Open win, he was making a bid to complete the transatlantic double but the Northern Irishman beat him with a two-putt from 100 feet for a birdie on the last.  I didn’t watch the competition but read the headlines and this quotation in the Irish Times caught my eye.  Darren said,

“When I won some of my biggest tournaments, The Open (in 2011), WGCs, I have a sense of calmness. I don’t know where it comes from because if I’d been able to grab a hold of it a few more times in my career, I probably would have won a few more times.”

“But this week, I had that calmness again. I think it comes from being accepting, knowing that I hit some poor shots now and again. I’m not going to hole that many putts or whatever. And when you’re accepting, it’s easier just to amble along and accept the outcome.”

The part about hitting some poor shots resonated with me.  Playing in our Ladies’ Open on Saturday I found it difficult to string a series of good shots together and my playing partners found it tough going too.  Granted, the weather was hot and humid with occasional downpours and the pin positions were very tricky, but we were finding the golf frustrating.  We exchanged pleasantries with friends and visitors when our paths crossed (or when I ended up on their fairways) and it seemed that many others weren’t playing well either.  Perhaps if we’d had Darren’s approach and had “a sense of calmness” and accepted that it’s normal to hit poor shots now and then we might not have put ourselves under so much pressure.  Nevertheless, there were a lot of good scores, so not everyone was suffering from the same affliction.

I remember chatting with one of my friends as I was heading up the 18th and she was making her way down the 8th.  Her first seven holes hadn’t gone well but she was happy to be out in the fresh air.  That evening I was pleasantly surprised when her name was called out as one of the top prize winners!  When I congratulated her after the presentation she explained that just after meeting me her game suddenly improved (but I don’t think she was attributing her success to me!!!)  She birdied the 9th and later on the 16th and had lots of 2- and 3- pointers on the other holes.  The point I’m making is that although her golf wasn’t going well initially, she didn’t seem too perturbed – she had some of Darren’s calmness.

So, the next time I hit a bad shot or miss a putt I’m going to try to channel some of that calmness.  I’ll let you know how that goes!!! 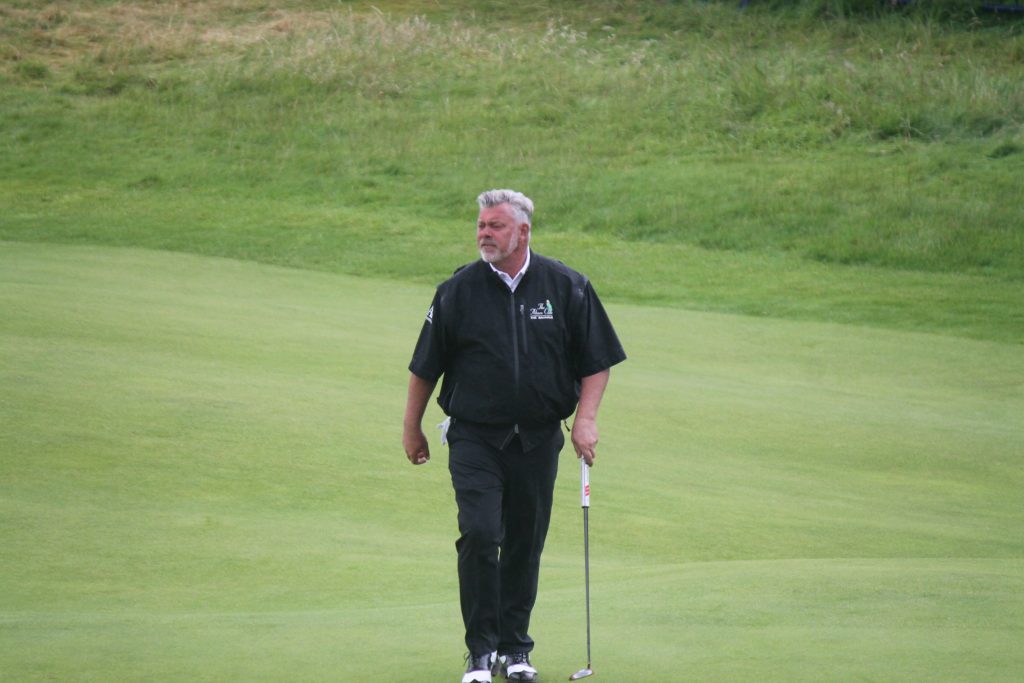