Well, did you practise your chipping in the garden last week?  The weather was fabulous – this meme that I spotted on Miss Designer Golf’s social media is very apt:

I received some favourable comments on last week’s chipping video and had a request for pitching tips.  Some people use the words “chip” and “pitch” interchangeably, however they are completely different shots: a chip is a low running shot, with the ball rolling considerably further than it travels in the air, whereas a pitch flies in the air further and only rolls a short distance.  I would use a chip shot if I was within a few metres of the green and a pitch shot from further away or if I had to hit over a greenside bunker. 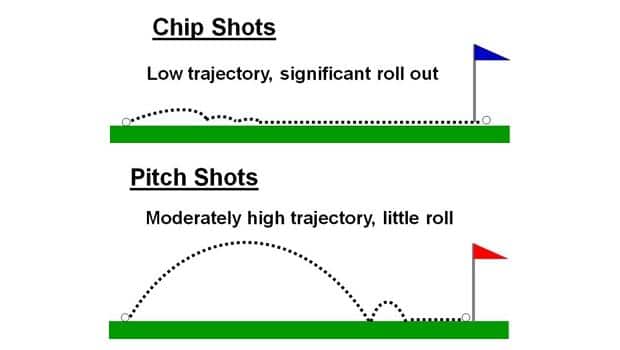 I’m not a very confident pitcher – I need to practise more, however I’m not sure how my neighbours will react if I mis-hit the odd shot… or two!  I’ll let you know next week!!!