Keeping on the Straight and Narrow

Getting out onto the golf course on Saturday afternoon was great, especially after a week of marking exams! (Mind you, it would have been worse if I’d been sitting them!)  The weather, whilst a little on the chilly side, was dry and the craic was great, even though one of my playing partners had a close encounter with the President’s four-ball as we headed down the 8th and they were making their way up the 18th!  The less said about that, the better – but it caused some hilarity!

When we were on the greens I picked up comments such as, “I didn’t realise my putter had a sweet spot” and “Maureen Madill says…” so I realised that at least three people had actually read last week’s blog and watched Maureen’s video!  Another putting video dropped into my in-box during the week and, now that I know that some of you are interested in working on your putting, I thought I’d share it.  It’s a free Golf Pass video explaining the “gate drill”.  All you need is four tees and a putting green… or if you’re at home, substitute four coins for the tees and use a cup on its side for a hole. As you can see, I’m making good use of my Secret Santa present (the putting mat), however it took me a while to locate four silver coins… I use plastic for everything these days! 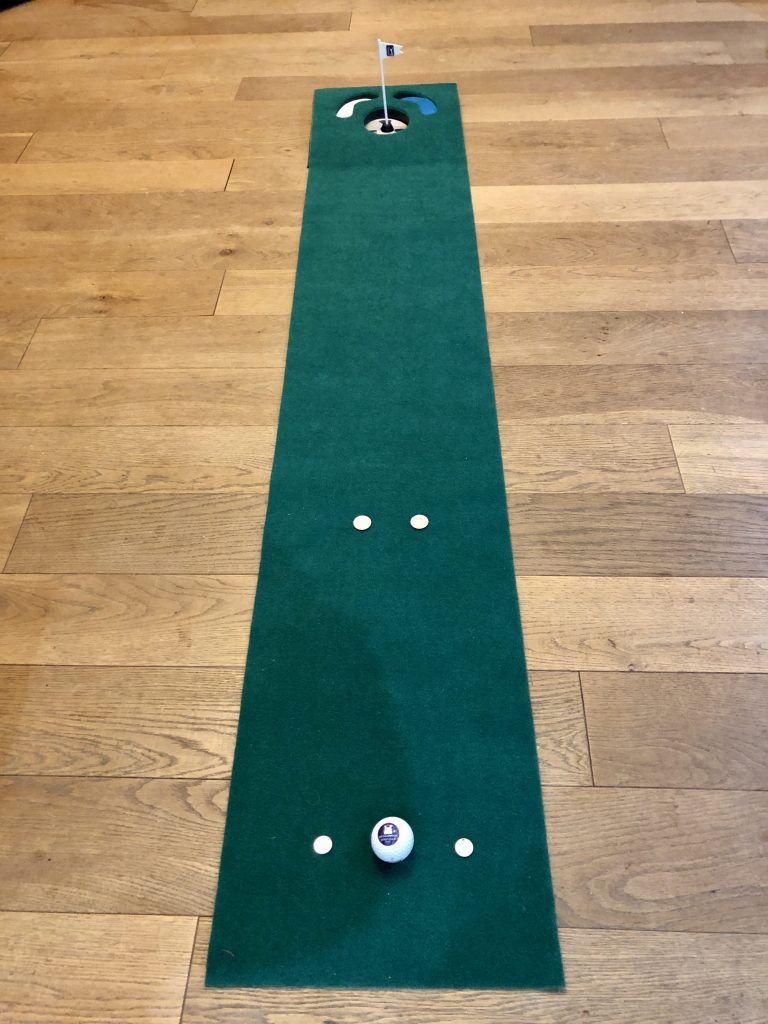 This drill is all about starting the ball off in the right direction – which is obviously the main skill involved in putting.  If you’ve dipped into any of putting guru Bob Rotella’s books, you’ll know he stresses the importance of visualising the line, so this drill will help you do just that.  It should also build your confidence which will help you when you reach the green.  Click on the link below to watch the 2-min long video – unfortunately you’ll have to put up with a 12 sec advert for The Swing Gym first..