I hadn’t heard of James Sugrue until Twitter was filled with his exploits at the 124th British Amateur championship at the end of last week. Making it through the strokeplay qualifying and then matchplay, the 22-year-old plus-four handicapper from Mallow, Co Cork, was the last man standing on the 18th green at Portmarnock Golf Club on Saturday evening. 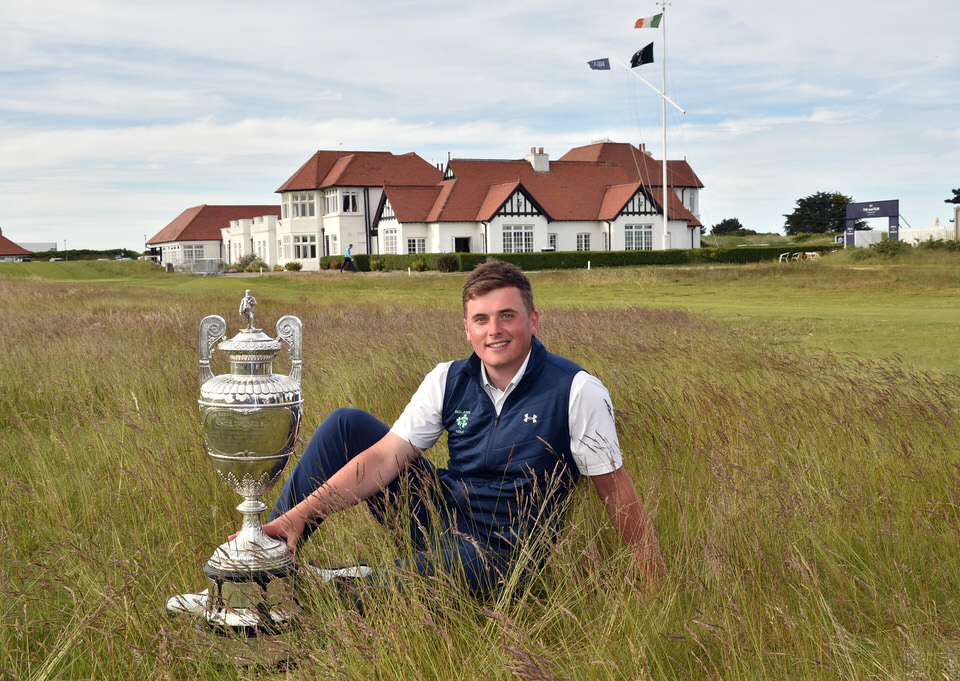 Sugrue beat Scotland’s Euan Walker in a 36-hole final that went right to the final green to claim the gold medal as Amateur Champion and with that he gains exemptions for The Open at Portrush next month, August’s US Amateur at Pinehurst, next year’s US Open at Winged Foot and, by tradition, he can look forward to receiving an invitation to play in the Masters Tournament at Augusta National.

Sugrue said, “It’s so hard to believe that I’ll be going to the Open and the Masters. There are a lot of pros that play golf their whole life and don’t get to play in a Major. Now I get to play in three of them. It’s hard to believe, really hard to put into words. I’m just absolutely delighted.”  He’s almost certain to make the Walker Cup team for September’s clash with the USA at Royal Liverpool.

Brian Keogh (Irish Golf Desk) reported that “Mallow’s James Sugrue followed in the footsteps of Cork great Jimmy Bruen when he became the eighth Irishman to win the (British) Amateur Championship.”  That got me thinking and when I did some research I discovered that Dungannon’s longest-serving member, 97 year old Tom Dickson, has a connection with the Irish Amateur Close Championship.  His great-uncle, also Mr T Dickson, who was a member of both Dungannon and Royal County Down golf clubs, won the first ever Irish Amateur Close Championship in 1893, beating fellow RCD member, Mr G Combe, by two holes at Royal Portrush.  Mr Dickson almost retained his title the following year, however he lost at the 17th hole in the final to RCD’s Mr R Magill.

So, Dungannon has produced a number of talented golfers, the most famous being Darren Clarke, winner of The Open in 2011.  Mr T Dickson, winner of the Irish Amateur Close Championship, joins the list that includes Carol McGahan (nee Wallace) who won the Ulster, Irish and British Girls’ Championships in 1968.  With 19 year old Jack Madden recently being named “Sooner Athletic Conference Men’s Golf Player of the Year” the future of golf in Dungannon looks bright. 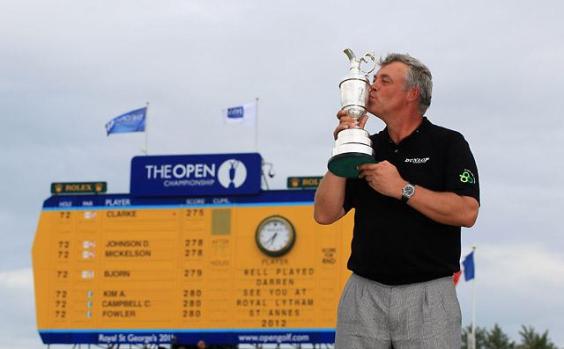