My friends and I teed off just after 5pm on Friday, knowing that we’d have to keep moving to get round before dark, however the course had been busy all day and when we came off the first green we were met by the four-ball in front who were waiting patiently at the second tee.  It was going to be a slow round!  Things started to gain momentum after several holes, but we knew we’d be under pressure to get round!

We had a lovely round, but by the time we reached the 16th visibility was decreasing.  Teeing off on the 17th it was impossible to see where balls were landing and so it took a little longer to locate them (but not longer than three minutes!  We know the rules!)  As the light dropped we couldn’t even see where our approach shots were landing on the green, so we knew that the 18th was going to present a challenge!  By the time we were teeing off we had to take turns helping each other by using our phone’s torches to illuminate the ball!  It was really weird hitting into the great abyss – it was pitch black!  Fortunately all four of our drives were straight so we were able to locate them, using our torches. 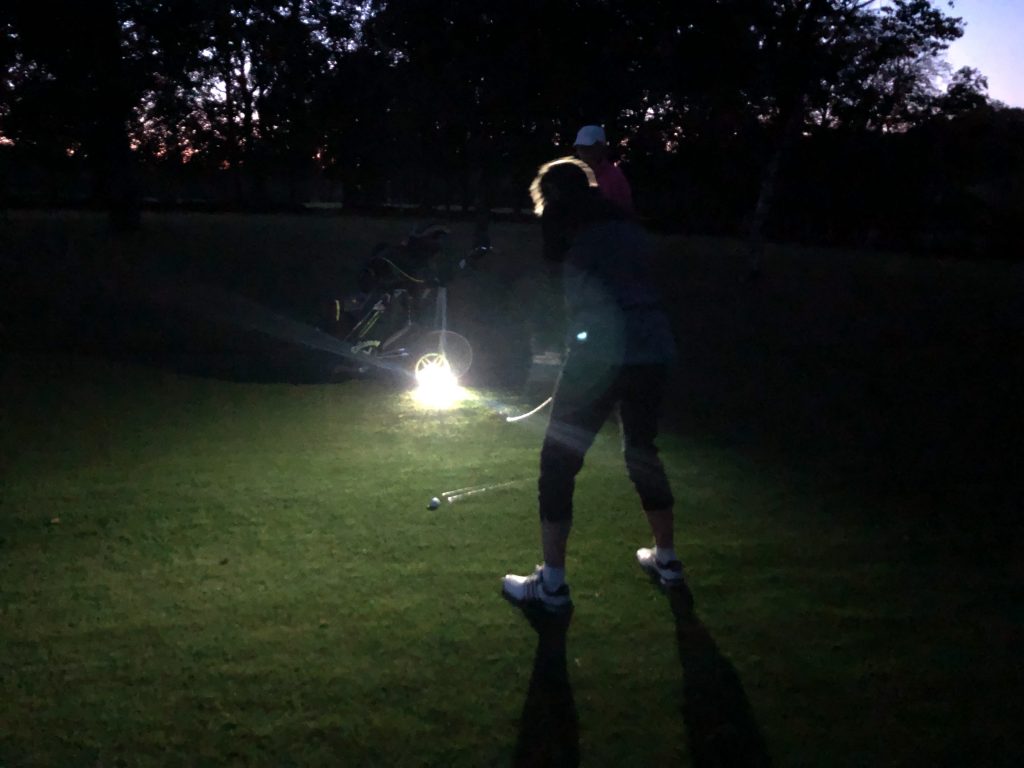 Surprisingly we didn’t lose a ball… and managed a decent set of scores.  In fact, one of my friends reckons she putts better in the dark!

Here’s a photo of one of my friends chipping onto the 18th.  Spot the torch. 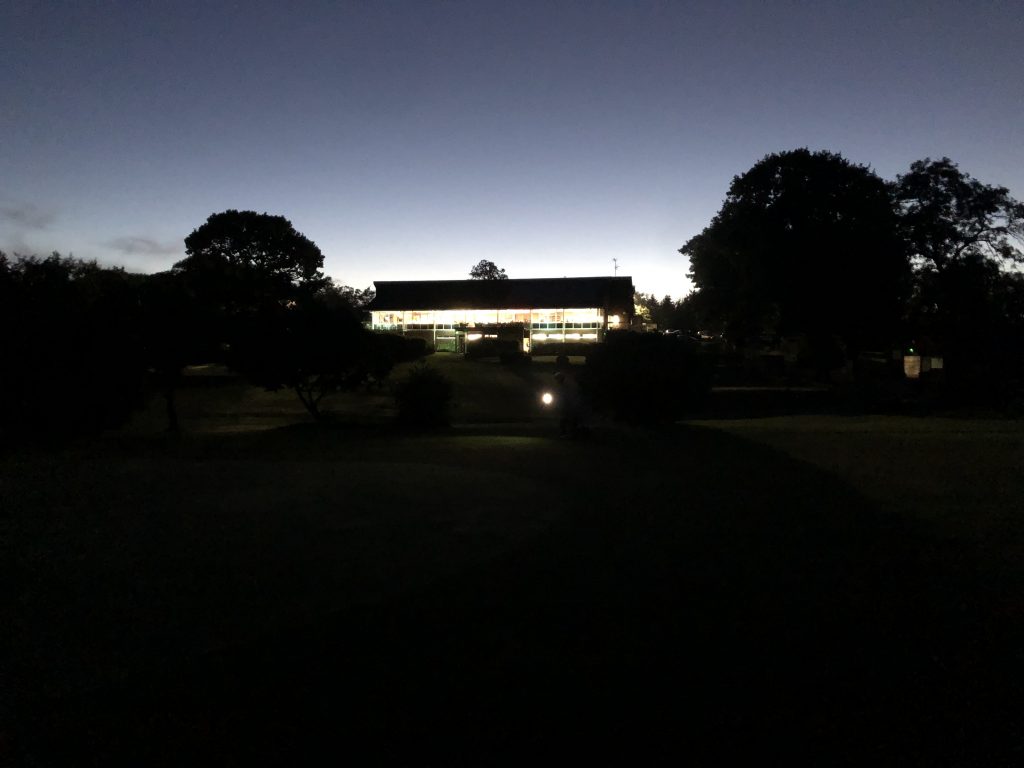 A couple of years ago the European Tour (now the DP World Tour) ran an “Under the Lights” challenge.  Watch Tommy Fleetwood and his caddie Ian Finnis take on Justin Rose and his bag-man Gareth Lord in a unique night-time golfing challenge. With a greensomes format and the 174-yard par three 14th lit by the headlights of 18 BMW cars, who will emerge with the bragging rights?