It’s been a strange old week.  On Monday I was jealous of golfers living in the South as Twitter was full of photos of players teeing up their balls and blasting them down freshly cut fairways.  There were rumours that there would be an announcement about golf made by the Northern Ireland Executive on Monday, however I think almost everyone was amazed when it was announced that clubs could reopen almost immediately – we’d been expecting the date to be Monday 25th May!  So, greenkeepers and volunteers up and down the country sprang into action, erecting notices, taping off areas, devising one-way systems and ensuring that bells, shoe cleaners and seats were out of commission… as well as cutting the grass, ironing the greens and doing their usual work!

For me Tuesday evening was rather like Christmas Eve – I was definitely excited about seeing my friends for the first time in eight weeks, but I’d also cleaned my clubs and shoes, spring-cleaned my golf bag and charged the battery for my trolley – I couldn’t wait to get out onto the golf course.

It was great to renew acquaintances in the car park, keeping two metres between us at all times of course, and then we headed down to check in with Alastair who very efficiently reminded us of the dos and don’ts.  We had absolutely no problem social-distancing on the first hole – I headed towards the trees on the right, one friend was in the rough on the left and the other bombed a cracker of a shot straight down the middle.  We didn’t come within ten metres of each other until we got onto the green and there we got to try out our Course Convenor’s new gadget – with a flick of your putter it returns your ball to you.  Watch my glamorous assistant demonstrating – the quicker you do it, the better it works! (You need to click on the photo to see the video) 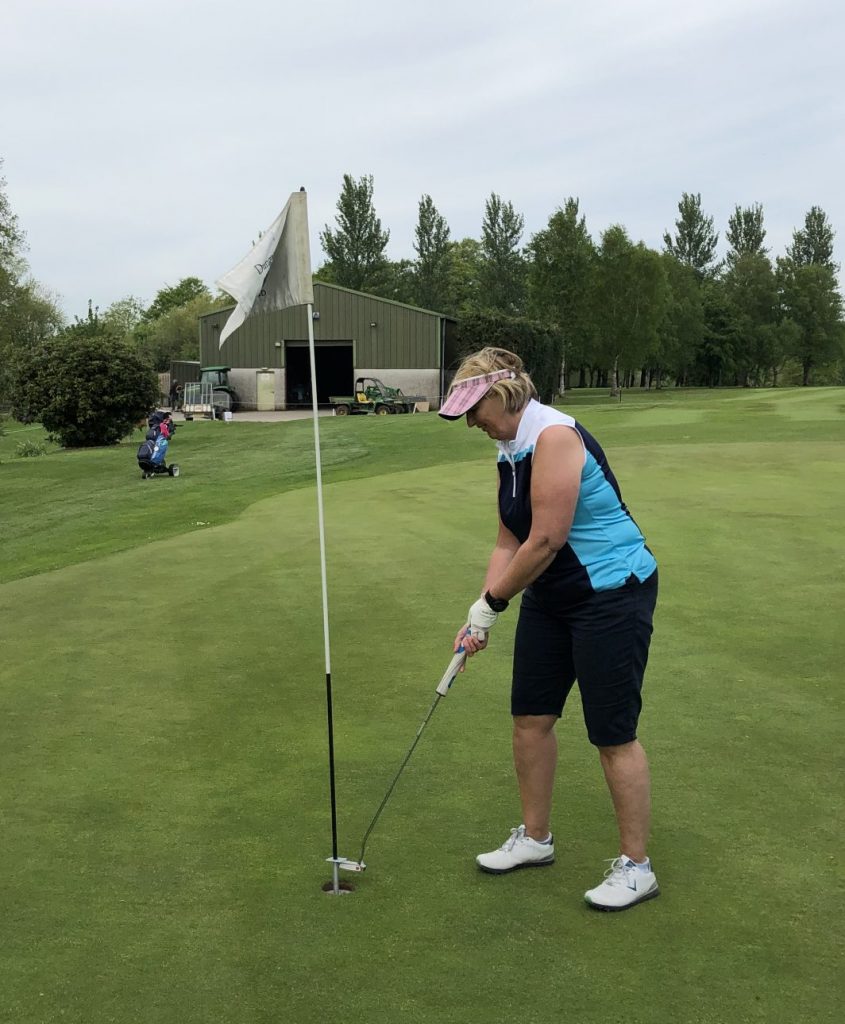 (The eagle-eyed amongst you will spot that this video wasn’t taken on the 1st but rather the 18th green.) 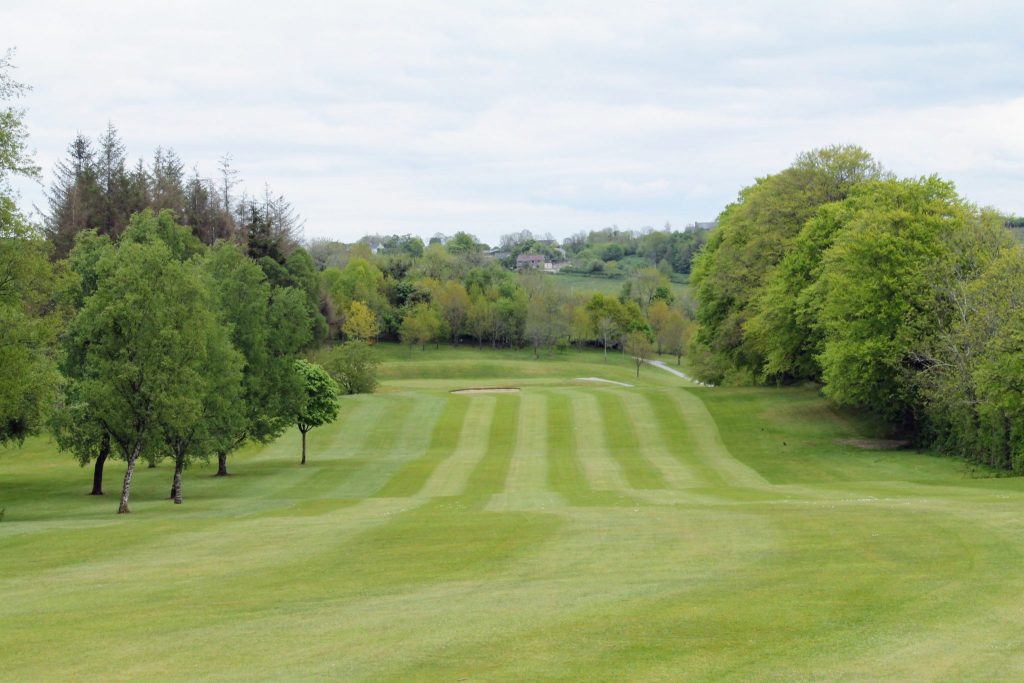 The golf got better and we had a glorious afternoon.  The weather was fantastic and the course was in fabulous condition – with half of our greenkeeping team being furloughed those that remained had obviously worked their socks off!  Here’s Alistair, our Head Greenkeeper, smiling for the camera.

It was strange, though.  As the tee times are so spread out it felt as if we were alone on the course, which seemed odd on such a warm, sunny day.  We did wave at golfers on adjacent fairways from time to time (and occasionally chatted when they strayed onto ours), but with no one in sight in front or behind  it was so relaxing and enjoyable.

With Step 1 of the NI Assembly’s road map to normality only allowing members to play, there has never been a better time to join a golf club, so if you’re not a member I’d advise you to start making enquiries now.  Many clubs have special deals but some clubs have reported a sudden influx of members, so these deals won’t last for ever!