Do you know the answer?

It was great to get out onto the fairways once again, after the prolonged period of wet weather, and on my way into the locker room I noticed some posters explaining the “New Rules” that came into force last year.  Yes, it was over a year ago that the golfing world was faced with the challenge of getting to grips with the biggest changes to the rules in our lifetime. 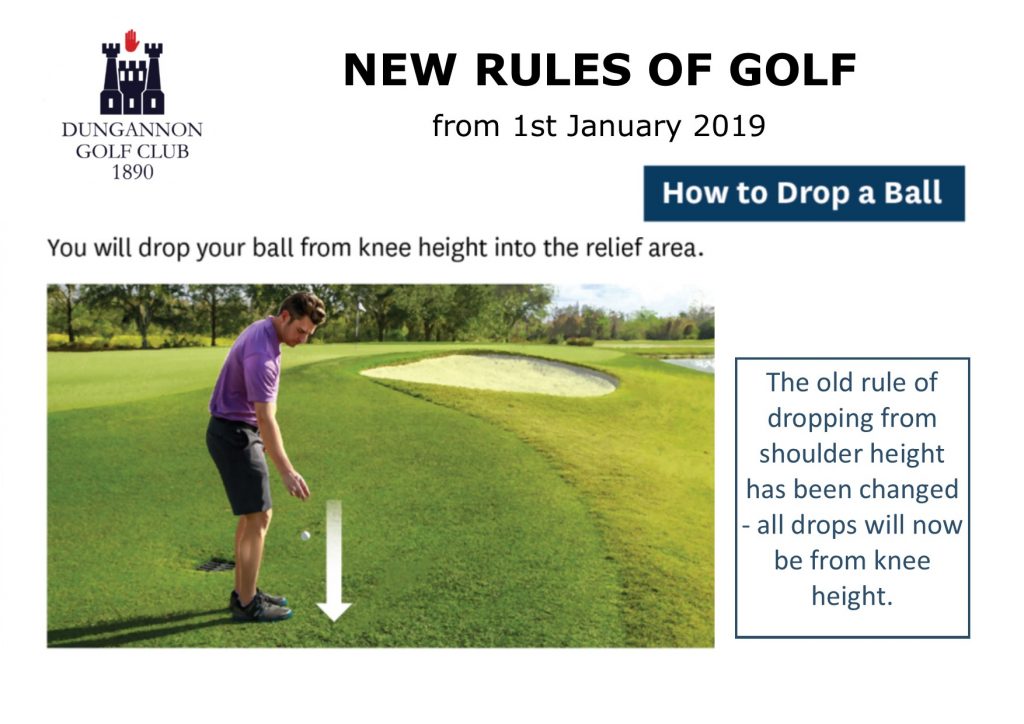 So, how have you got on with the new rules?  I must admit that it took me a while to remember to drop from knee height and the “whether to leave the flagstick in or take it out” dilemma still leads to debate amongst many fourballs, but what about the rest of the rules?

I’ve taken a few quiz questions from the Today’s Golfer website so you can test how well you know the rules.  The answers are at the bottom, but don’t cheat!  Scribble your answers on a piece of paper and don’t look at the bottom until you’ve answered them all! 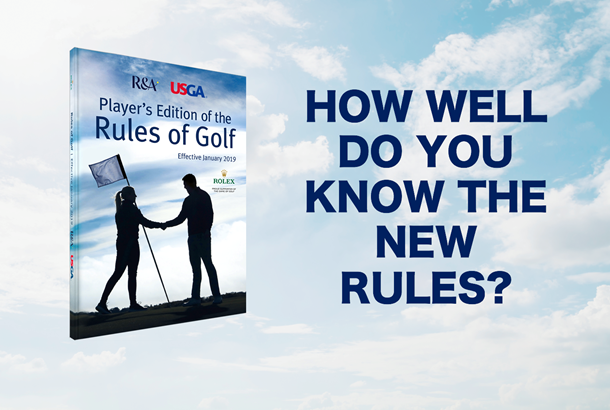 1. When dropping a ball under a Rule, a player drops the ball from knee height twice and both times the ball comes to rest just outside the relief area, no nearer the hole. What is the ruling?

A) The player must place a ball on the spot where the ball first touched the ground from the second drop.

B) The player must continue dropping until a ball comes to rest in the relief area.

C) The player must place a ball anywhere in the relief area.

2. In stroke play, player A looks into player B’s bag without touching or moving anything to see which club B used for his last stroke. What is the ruling?

B) A is disqualified.

C) A gets a penalty of two strokes.

3.  In match play, a player’s ball lies in a penalty area and they take a practice swing in the penalty area, grounding their club in the process. What is the ruling?

A) There is no penalty.

B) The player loses the hole.

C) The player gets a one-stroke penalty.

6.  In stroke play, when playing out of a bad lie, a player accidentally hits the ball a second time on their follow through. What is the ruling?

A) The double hit counts as one stroke only and there is no penalty.

B) The double hit counts as two shots but there is no additional penalty.

7.  In match play, a player moves a leaf lying close to his ball in a penalty area and in doing so causes his ball to move. What’s the ruling?

A) There is no penalty and the player must replace the ball.

B) The player gets one penalty stroke and must replace the ball.

C) The player loses the hole.

8.  In stroke play, a player’s ball comes to rest on a gravel surfaced road. They are entitled to relief from the road but decide to play the ball as it lies. They remove some gravel that might interfere with his stroke. What is the ruling?

B) One stroke penalty.

9.  A player may place a club on the ground during the stroke to aid in alignment.

A) The player must not remove the sand.

B) The player may only remove the sand by picking it up or brushing it aside with their hand or a club.

C) The sand may be removed by any means.

11.  In match play, a player mistakenly believing they have won a hole, picks up their ball marker. What is the ruling?

A) The player loses the hole.

B) There is no penalty and the player must replace the ball or ball marker.

C) The player gets one penalty stroke and must replace the ball or ball marker.

12.  In a stroke-play competition, the Committee issues the scorecards containing a player’s handicap in addition to their name and the date. The Committee mistakenly records the player’s handicap as seven instead of six and this affects the number of strokes received. The error remains unnoticed until after the card is returned, but before the competition has closed. What is the ruling?

A) The player’s correct handicap should be applied to his score.

B) The player is disqualified.

C) As it was a mistake of the Committee, the player should not be disqualified, however, the player’s handicap should be considered to be seven for the basis of the competition.

13.    A player finds their ball by stepping on it in thick rough after searching for it for two minutes, causing it to move. What is the ruling?

14.   A player makes a practice swing and accidentally moves their ball in play on the fairway with their club. What is the ruling?

15.   A player is entitled to free relief when his ball is embedded in the rough

1.   A | Explanation: If a ball has been dropped in the right way twice and both times comes to rest outside the relief area, the player must complete taking relief by placing a ball on the spot where the ball first touched the ground from the second drop (Rule 14.3c).

2.   A | Explanation: Information obtained by observation is not advice.

3.   A | Explanation: A player may ground his or her club anywhere in a penalty area without penalty (Rule 17.1b).

4.   B | Explanation: If a ball comes to rest against the flagstick left in the hole, and any part oft he ball is in the hole below the surface of the putting green, the ball is treated as holed.

6.   A | Explanation: As per Rule 10.1a, an accidental double hit counts as one stroke.There is no penalty and the ball must be played as it lies.

7.   B | Explanation: If the removal of a loose impediment causes the ball to move, the ball must be replaced on its original spot. As the moved ball was not on the putting green or in the teeing area, he gets one penalty stroke (Rule 15.1).

9.   A | Explanation: A player must not take a stance for the stroke using any object, such as a club, that was set down by or for the player to help in lining up his or her feet or body (Rule10.2b).

10.  C | Explanation: Sand and loose soil on the putting green may be removed without penalty (Rule 13.1c).

11.  C | Explanation: The player gets one penalty stroke (Rule 9.7b) and must replace his ball on its original spot (which if not known must be estimated).

12.  B | Explanation: If the Committee provides players with scorecards containing their handicaps, each player must make sure that the right handicap is shown on his or her scorecard before returning it. If such a scorecard mistakenly has a player’s handicap being higher than it actually is, and this affects the number of strokes he or she gets,the player is disqualified under Rule 3.3b if this mistake is not corrected before returning the scorecard.

13.  B | Explanation: There is no penalty if a player causes their ball to move while trying to find or identify it. If the ball is moved during the search, the ball must be replaced on its original spot (which if not known must be estimated). If the ball was under growing grass it must be replaced under that grass (Rule 7.4).

14.  A | Explanation: If a player causes their ball in the general area to move without making a stroke, there is a one-stroke penalty (Rule 9.4b).

How did you do? 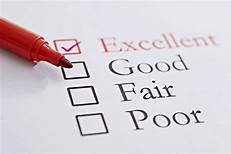 8 – 11       Pretty good.  You’ve got a good knowledge of some of the rule changes, but you should have another look at the rule book to brush up on some areas.

3 or less   Oh dear!!!  Let’s hope that your playing partners are keeping you right on the course.  It’s time to start reading the rule book!