I had the pleasure of playing Royal Belfast on Friday.  Royal Belfast is famous for being Ireland’s oldest golf club, but it’s also famous for something else… having the most bunkers!  It’s rumoured to have 365, one for every day of the year, but I haven’t been able to substantiate that claim, nevertheless I can state categorically that it has far too many!  One of my four-ball (not a Dungannon member, in case you’re trying to guess who) managed to end up in different three bunkers on her way up the 18th. 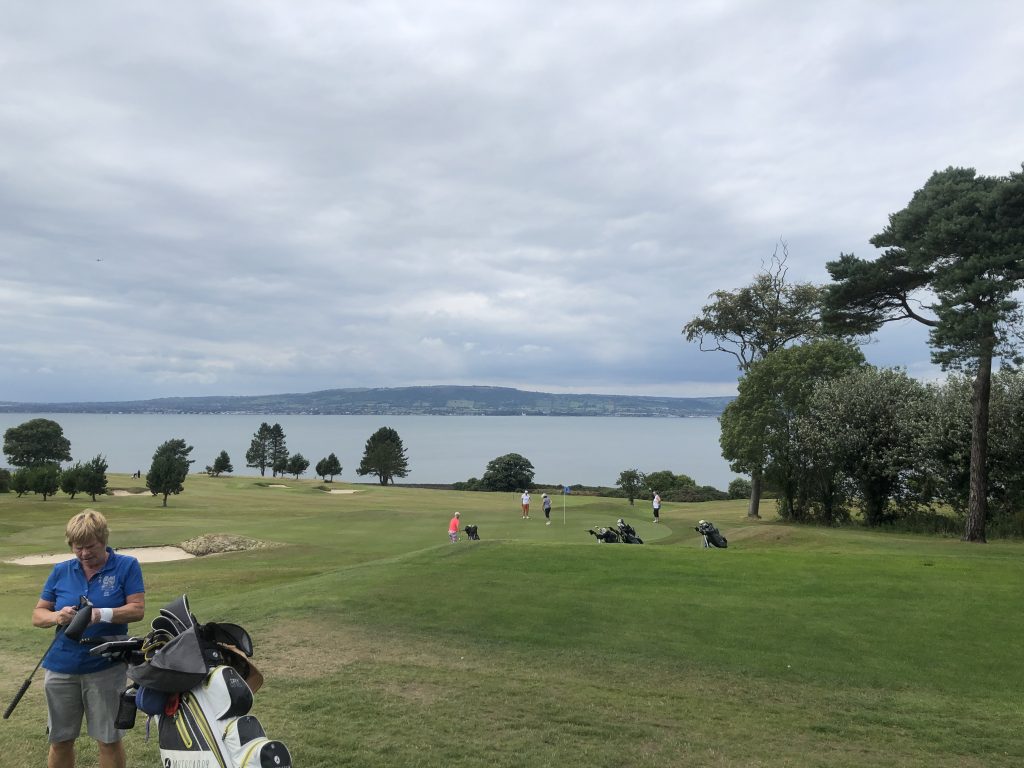 By the par-three fourth hole I was fed up with them.  I struck what I thought was a perfect shot only to see it land inches beyond one of the four green-side bunkers and roll backwards into the sand.  This was a deep bunker… my height.. and I’m too embarrassed to tell you how many shots I needed to get the ball out!  I took solace from the following statement, rumoured to have been said by a former member, “You know, they put bunkers in those places to catch out the GOOD golfers!” however, I know I’m fooling myself, as my golf could not be described as “good”!

In preparation for my visit to Royal Belfast I’d re-watched the video I shared a couple of weeks ago of Maureen Madill’s sand shot tip and then practised on Portstewart Strand last Thursday, much to the amusement of my niece and nephew, however I was frustrated at my poor bunker play on Friday and when I got home from my round I searched online for more tips and found this one.  I’m pleased to report that I managed to escape from the bunkers I found myself in on Saturday with a single shot. I’m not claiming to have perfected this – just saying that I’m showing some signs of improvement!